The Hunger Games sets its tone as a pretty dark and gloomy film adaptation about a dystopian future America where kids are forced to fight to the death in government sponsored games run by The Capitol, an evil totalitarian regime. The protagonist, Katniss Everdeen, is a tough as nails sixteen year old who does not have much of a personality…she’s actually not very likable at all… but we still manage to root for her. How does that happen? 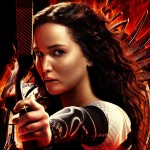 You always want to think outside of the box when creating you’re characters. Your main character does not have to be likable but we have to like them…if that makes any sense.  Let’s talk about Katniss.  She is pretty much humorless, dull and lackluster when it comes to her personality. She does not make us laugh or cry but something about her persona pulls us into her struggle and we want to see her win.

Here’s what we like about Katniss.  She loves her family and she will do anything to protect them.  She is a selfless provider and if it was not for her hunting skills, they would not survive.  She willingly sacrifices her life to protect her younger sister, Prim, and volunteers to take her place  in the Hunger Games, where Prim would have met a certain death.

Katniss is a survivor. Audiences love rooting for a strong character who fights to overcome insurmountable odds. We don’t have to like her personality in order to like HER.  It is Katniss’ moral code, her devotion to her family, her loyalty to her friends, her fire that draws us in and has us cheering her on until the end of the movie.

Until next time…Happy Writing!