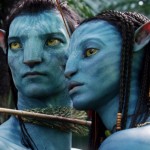 Over the years, I have received a lot of questions from aspiring young screenwriters wanting to know the difference between story and plot. The easiest way to explain this distinction is to say that PLOT is WHAT happens and STORY is HOW it all happens. So what exactly does that mean? Well, I am glad that you asked.

Plot is basically the step-by-step details of the events that occur within the story. For example, in the movie Avatar the main character, Jake Sully, is a marine who is bound to a wheelchair after suffering a spinal injury during a mission. After his brother, Tom, is killed, Jake agrees to travel to the planet Pandora as part of a military and scientific mission to study the planet’s inhabitants, the Na’vi. He uses his brother’s avatar to interact with the Na’vi to gain their trust.

While an avatar, Jake falls in love with a Na’vi named Neytiri and he is accepted into their tribe. He learns that the leaders of the mission want to destroy the Na’vi people to get to a very valuable resource. He fights with the Na’vi against the humans and ultimately saves the day.

Story, on the other hand, is the overall picture of what your screenplay is all about. For the movie, “Avatar”, we can say the STORY is about a headstrong paraplegic marine dispatched to the planet Pandora on a mission that leads him to protecting the world he feels is his true home.

Now you know the difference between story and plot.
Happy writing!